BOOK REVIEW ~ OFF THE RECORD BY K.A. LINDE 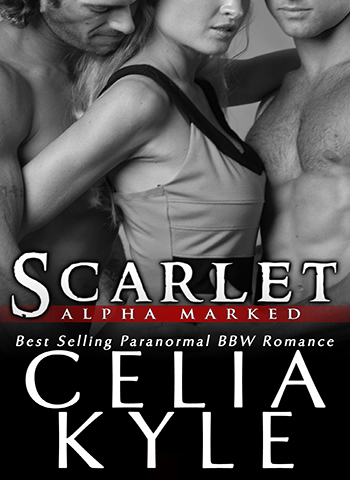 Liz Dougherty has no idea a single question is about to change her life.

Her first big reporting assignment for her North Carolina college newspaper has her covering a state senator’s impromptu press conference. Brady Maxwell may have everything it takes to be a politician—a winning pedigree, devastating good looks, a body made to wear suits—but his politics rub Liz the wrong way. When Liz’s hard-hitting question catches the upstart senator off-guard, it impresses Hayden Lane, Liz’s editor who feels she’s headed for a promising career as a reporter.

But Liz is also headed into a secret romance with Brady that could destroy both their ambitions. Though he’s a bachelor, potential voters might frown on Brady cozying up to a reporter. And Liz isn’t sure sneaking around is enough for her—especially when things between her and Hayden might be less platonic than she thought.

Sleek, lovely, and smart, Off the Record ventures into a high-stakes campaign and an even higher-stakes affair to answer the question: When politics and love collide, can there ever be a winner?

For the most part I liked it. It peaked my curiosity to see how KA Linde would write a forbidden romance set against a political background and I have to say there, she nailed this part. I did feel the illicit thrill of two people who have different ideals starting up a clandestine affair. The politics were a bonus, IMO. It’s one of the few aspects of the book that was clear cut, well-developed, and boosted the believability of the story.

I failed to see how they could love each other. The author did such a good job of convincing me of their different political perspectives that when it came down to Liz changing her views and instead, supporting Brady, I didn’t buy it. Then all they do when they meet is have love, have love, and have more love. No words of love mentioned.
“You can’t even take this seriously. Why does it always have to be love first and talk later?”
Again…what love?

There’s a stilted, habitual quality to the writing. It’s not exactly fluid, and sometimes I did get bored with reading the mundane regurgitation of their daily life aspects. The best way to describe it is each chapter is like reading little summaries of something instead it be one entire story, all woven nicely together and intricately entwined. I was never bored to the point of not wanting to finish, but there were paragraphs I did decide to skim since to me, they were superfluous.
As a result, no matter how many steamy scenes there were, they all felt redundant and seemed to reinforce the fact that the two of them could have love and not because it’s driven by passion or their longing for one another. Hence, there was no spark, no connection for me to feel and why I didn’t buy into Liz and Brady’s relationship.
Love triangle aspect: While some say that the love triangle is just hinted at, I disagree: it’s completely there. Thought not as prominent as the love triangle in the Avoiding series, there was this underlying feel that Hayden had the hots for Liz, even from page 1. And while Liz was fully engaged with her feelings for Brady, she was more than willing to kiss and encourage Hayden at the same time. Look, I get that her affair with Brady is in somewhat unique circumstances since he can’t be seen with someone who writes articles opposing his views; however, that still doesn’t give her the right to string both Brady and Hayden along. What infuriated me the most is that while there is NO relationship development between Brady and Liz, there IS with Hayden and Liz. It was so obvious that Hayden could be the one to maintain a stable, long-term relationship with Liz, and he actually puts her first so it irked me to the highest degree when Liz repeatedly chooses Brady, a class A jerk.
Ending: I wouldn’t call it a cliffhanger, but an unresolved ending. I think I’m going to be in the minority that says this, but I actually really liked the ending. It gave me hope that Brady would grow some balls, and it also convinced me that Liz does indeed have a brain in her head. The way it ends gives you this anticipatory feeling, like you know what’s going to happen next; it just hasn’t been written yet.
I liked this enough to want to read the next book, but it easily makes my list of “Forgettable reads of 2014.”
ARC provided by publisher through NetGalley in exchange for an honest review.