FV and storage systems: what is being done in Italy? 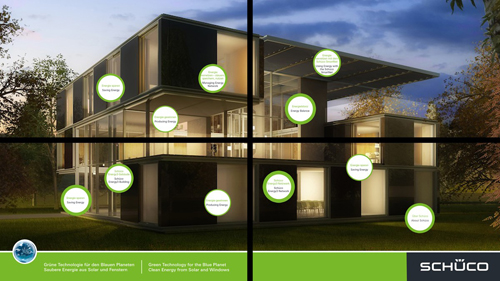 In Italy, high costs and regulations still to be defined are holding back the battery boom, an ideal solution to maximize self-consumption from photovoltaics. But who has already started moving. A trip to Italy of domestic storage, including intelligent inverters, batteries combined with home automation systems and storage connected to PV systems that do not enter the network.

The phase one of the world energy revolution can be said to consist in inserting a share of new renewable sources into old electrical systems thanks to public funding. Purpose, to lower the industrial costs of clean sources and to demonstrate that the old mantra “can only be marginal sources” had no basis. The phase will consist in adapting the electricity networks, so that they can operate with increasing percentages of non-programmable sources, such as solar and wind power, progressively overcoming the need for back-up by fossil sources. The symbol of this new phase is the accumulation of electricity.
These, in the form of batteries connected to the network, according to a study published at the end of December by the research company IHS, will know a real boom, rising from an installation of about 200 MW in 2013, to one of 6 GW in 2017, to arrive in 2020 to 40 GW of total installed power in the world. Part of these batteries will be used to make the production of large wind or PV plants programmable (in California they are already introducing obligations in this regard and in Italy will be used to access these plants to the future dispatching market), part will serve to avoid overloads in sensitive sections networks (as Terna experiments in Italy), and part will end up in homes and warehouses, to maximize the self-consumption of photovoltaic energy, making available at night what is accumulated during the day.
The thing seems tempting for users of photovoltaics, but in Italy for now everything seems to be silent. Almost. “In the relationship we have made for the Energy & Strategy group of the Milan Polytechnic – explains QualEnergia.it the engineerSimone Franzò – we have analyzed storage technology and convenience, concluding that it is the use of end users to have more possibility of growth in the near future, even if, at the moment, the cost of small accumulators is still too high to guarantee, in the absence of specific incentives such as the German ones, a return on investment in times appealing to families and even less for companies. But the price of batteries, also thanks to electric cars, is falling, and the threshold of convenience should be reached within 2-3 years “.

Confirm Marco Pigni of Fiamm, the largest Italian manufacturer of batteries: “It’s true, the costs are still high, so much so that for now we have sold our sodium-nickel zebra batteries, which offer the same performance as lithium, but using less rare and safer materials, only at Terna and for systems disconnected from the network or with an unreliable network. But the increase in our production should lead to a drastic price change of 30-50% within 3-4 years, and then recovering the price of the accumulator through increased self-consumption should take less than 10 years “.

But the regulatory uncertainties are also hampered by the use of batteries. “GSE has ruled out the possibility of using storage systems for incentivized PV systems – recalls Luca Zingale, scientific director of Solarexpo – while for the new one has been waiting for a technical regulation for years. In December, the AEEG presented a draft of consultation, which should lead to legislation by 2014. For this reason, the Italian small-scale market is almost at a standstill for now. Despite this, at Solarexpo-The Innovation Cloud 2013 have already seen various storage proposals and even more numerous will see this year, May 7 to 9 in Milan. I am sure that the possibility of combining batteries and solar will have a great success in Italy, a country with very expensive electricity, making it more convenient to install in many cases where the user is away from home during the day, and helping, with the increase in the amount of energy saved, those companies that will choose the SEUs as a means to cut the cost of energy. We do not neglect the psychological-political component of accumulation, which many expect as a means to make themselves as independent as possible of the great energy companies “.

In fact, there are those who have not waited for the regulations: “Since 2009, with the collaboration of the University of Ancona – Roberto Mattioli, sales manager of the Energy Resources company – tells Qualenergia.it – ​​we are experimenting, with excellent results , storage systems in households and companies. Our approach has been to integrate them into an overall framework made up of renewable energy systems, energy efficiency, domotics and electric mobility. Paradoxically, however, now that we have the know-how and research data, the crisis in the sector, the credit crunch and the regulatory uncertainty, we make it difficult to proceed with product development “.

The giant Power One, the world’s second inverter manufacturer, clearly does not have these problems. “In six months – explains Paolo Casini, marketing director of the company that has its head office in Tuscany – we will sell our new 3.6 and 4.6 kW photovoltaic inverter, with a modular 2-liter lithium , 4 or 6 kWh, as needed. Its use should already be convenient in Italy, Germany and Great Britain, where, the high and rising cost of electricity, over the 20 years of life of a plant, and with a battery change after 10, should ensure an average profitability 5-6%. Naturally, at the beginning, we are counting on selling it mainly in Germany, thanks to the incentives, but we are sure that as soon as the regulations are ready and maybe the prices of the accumulators, which make up 70% of the cost of this product, will fall, will also be required in Italy. For our average family, in fact, already the 2 kWh version, should allow to move from an average consumption of 30% to one of 70%, greatly speeding the recovery of the investment. Especially if, as in our case, the storage system also contains software to optimize the use of electricity during the day, for example by talking to smart appliances and planning their use based on the expected solar production “.

But there is also an accumulation solution, which circumvents all regulatory problems. Both Solon Italia and Schüko have thought of offering storage systems combined with our systems, where the panels recharge the battery, but do not introduce electricity into the grid. As long as the battery is charged, the user uses his energy, when this ends the connection to the network opens. It is a system that interests those who consume a lot in non-diurnal hours “.

Soliberty Solonty, presented in October, is based on a similar concept, with lead batteries (less expensive than lithium, but also less long-lived) from 3.3 up to 10 kWh, usable by those who have incentivized facilities (with accumulation that is back-up to the home network), that new (with accumulation connected directly to the panels). At Solon, they promise to increase the self-consumption of solar electricity by up to 90%, without being fed into the grid by batteries. The downside of these systems is that any excess solar electricity, if the battery is already charged, can not be sold on the network. But it is a disadvantage that can be mitigated by the right combination of solar power and accumulator capacity.

Optimize self-consumption
In order to favor a better use of self-generated energy and minimize the withdrawal from the electricity grid, some countries have introduced facilities aimed at increasing direct use of self-produced solar energy (self-consumption). These measures favor users who immediately use self-produced energy without first transferring it to the network.

For the optimization of the self-consumption rate there are two possibilities: move the time of use of some household appliances (such as the dishwasher and the washing machine) in times of increased energy production, or accumulate the self-generated energy in batteries to use it at a later time.

Phase 1: generation of solar energy.
Phase 2: direct use of the energy produced.
Phase 3: accumulation for deferred use.
Phase 4: use of the accumulated energy.
Phase 5: excess energy entering the grid
Step 6: monitoring and control

PowerRouter Solar Battery for self-consumption
PowerRouter Solar Battery is the most efficient and productive way to take advantage of self-consumption incentives because it allows you to automatically store excess energy generated in batteries during the day to use it at night, adapting to the various circumstances . It favors the use of self-produced energy and minimizes the use of electricity, thus allowing to obtain, in addition to maximum independence, the highest possible savings on the energy bill.

Control is in your hands!

One of the most outstanding features of PowerRouter is the possibility of being able to connect to the internet, a feature completely integrated into the system at no additional cost. The owner of the system has the opportunity to be constantly updated on the performance of its investments and its energy consumption and to better understand its total energy balance.